8 Useful Germany Travel Tips to Know Before You Go 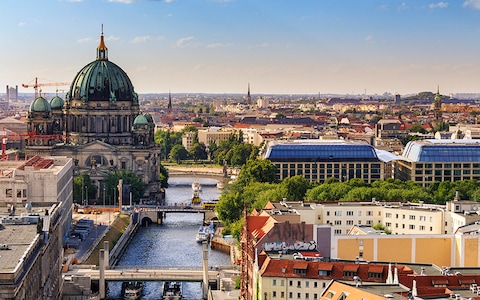 If you’re traveling to spend your vacation in a foreign country, it’s always been a good idea to learn a bit about local customs. Whether if you’re backpacking, traveling on a mid-range budget, or for business, below tips will surely help you to make the most out of your trip.

If you’re looking for the best carrier that will take you to Germany, we’ve got here Lufthansa. Rest assured that you’ll reach your destination safely and without any hassle. You can also track and monitor it through flightstatus24, the popular flight tracking system that allows its user to receive real-time notifications and airport information. So, what are you waiting for? Grab your bags and let’s keep going!

Be obedient and follow the rules of the land

Remember, it’s for your safety as well. You’re traveling to a foreign country and we all want is for you to enjoy the trip and not to be involved with any misfortunes. Just like the basic, wait for the traffic light to go green before crossing the road. You will notice that people behind you will disapprove and shake their heads at jaywalking and since they are waiting patiently for their turn and respecting the code of conduct. Secondly, if you’re planning to ride a bicycle, check first if your back and front light are functioning well, this is for safety reasons. If you’re caught, it’ll surely result in hefty fines.

Berlin is indeed full of the world’s languages like Spanish, Arabic, and English, which is the most spoken language. Nevertheless, it is still needed to have command of some basic phrases like pharmacy (Apotheke) and the police station (Polizeistation) to help you not to feel entirely lost. Don’t worry, there are various phrasebooks and phone apps that come handy here. It’s a good idea to learn and be familiarized with the language.

Always bring cash (Euros) with you

The majority of the small business vendors, bars, and even restaurants don’t have card machines. If by chance they do, they only accept German cards. It would be better to have your euros ready or acquaint yourself with the ATMs in the area that charges the least interest when you withdraw. We don’t want you to walk countless blocks and waste your time searching for a safe place to withdraw cash. Always be prepared and have the cash to avoid inconvenience.

You’ll never be hungry no matter where you are in Germany. Here, you’re always bound to find a street with a place to eat. In smaller towns, you’ll only find sausage and meat on almost every menu while in bigger cities like Berlin, you’ll be in awe with a thriving vegetarian and vegan culture. If you’re somehow eating on a budget but still want to try new things out, look out for an Imbiss. It is known as an economical snack shop that can be found on almost any busy street, parking lots, train station, and market.

Trying out the best of German beer

Germany is known as a beer-loving nation where you can find people drinking beer in public. Don’t be flabbergasted as you’ll someone having a cold one during lunch break. Here, it’s completely normal. You’ll find so many brews on the menu making it difficult for you to order which one suits your taste. Many people say that Bavaria is only the place for good beer. Don’t be mistaken since Munich’s Paulaner and Löwerbräu are also top-ranked and achieved international fame. To give you an idea, Berlin is the center of a craft-beer revolution. If you’re going further North, you’ll find Alpirsbach, Erfurt, Bamberg, and Görlitz.

If you were to compare it with other places in Europe and around the globe, in Germany, smoking in bars and even a restaurant is allowed. Don’t be stunned when a guy next to you lights up and pollutes the air. A few years ago, modified non-smoking laws did pass however, people simply disregarded them. Usually, a smoker will find it intrusive if you’ll ask him or her to refrain. You’ll probably see and experience it yourself if you’re in Germany.

Get out of town

Aside from experiencing the nightlife, creativity and beer festivals which big cities like Berlin and Munich are known for, Germany is also a land of magical wonders and hidden gems waiting to be conquered. You’ll surely be in awe as you witness the mystical Black Forest and various fairytale castles dotted around the countryside. If you’re up to learn more about its fascinating history, there are a plethora of glorious historic towns that you can visit. Not just that, there are also natural wonders that waiting to be discovered.

If you have a valid EU driver’s license, you have the option to rent a car and discover things for yourself. Alternatively, you can use public transportation since it’s efficient and friendly. Germany is known to have high-speed trains that zip around the country. However, a train ticket is very expensive. To give you an idea, a ticket from Berlin to Munich is about €180. If you’re traveling on a budget, it would be better to opt for the slower. Intercity trains ticket costs half the price of high-speed trains. Another option to save money is to ride a bus. If you’ll be needing tickets, be sure to book in advance. It will also give you a better fare. Plan and know your schedule so you can make everything ready.

What are the Best Neighborhoods to Move to in Calgary?

Fun Things to Do This Summer

How to Find the Best Cayman Islands Vacation